Gekkan Songs features only Shige this time in promotion NEWS new release. However it also has the piano score for Ai Kotoba.

TV Guide and The Television Colors are also promotion shoots for the release of Yon Juushi. 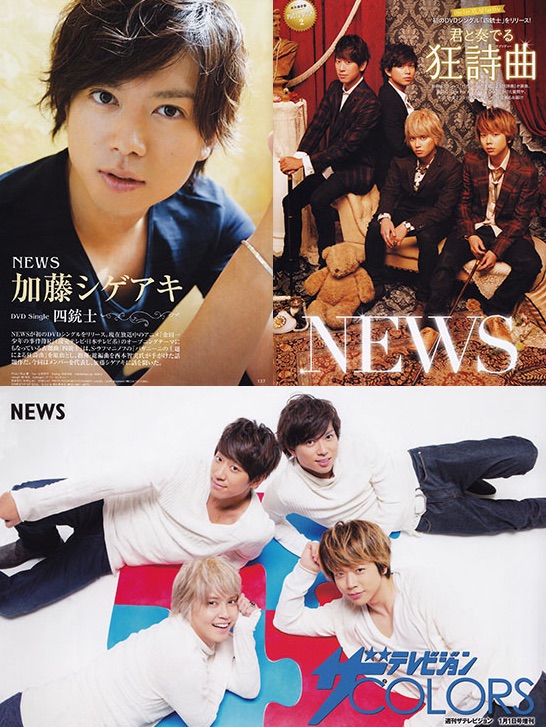