Sharing a selection of live concert photos from the concert of May 1, which of course was Koyama's birthday.

The design on the top of the cake was a photo of Koyama dressed in his role as a newscaster. There were many photos actually taken on stage which will probably appear in magazines yet to be published, as coverage of the tour seems to be waiting till after the Tokyo Dome concerts.

In these photos though you can see the frosting from the birthday cake where Tegoshi smeared it on Koyama's face.Then Koyama got Shige and Tegoshi before Massu ran away and managed to avoid it. There are also a couple of photos of Koyama holding the boxed gift of the video prepared by the members and played during the MC. 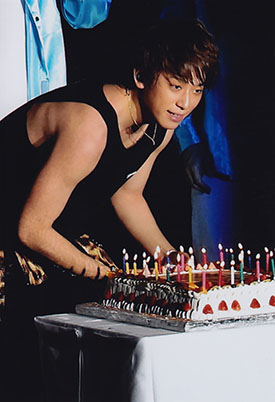 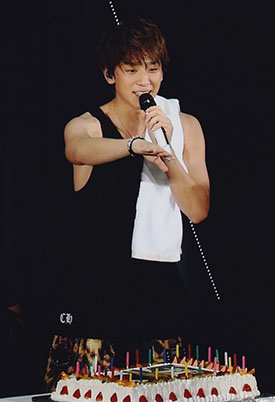 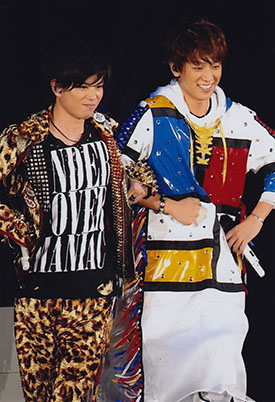 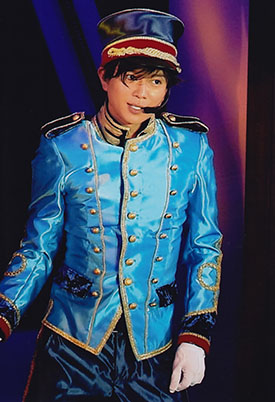