Another round of magazines - all April issues even though we're still in February.

The latest issues of Myojo and Popolo. As well as a couple of nice group shoots, Myojo features a manga about the return of NEWS. So it's quite a bumper issue of Myojo this month.

Also included are the Shige pages from LIPS and non-no again as part of the promotion Shige's novel, which is now available in bookstores in Japan even though the official release date is not till Friday. 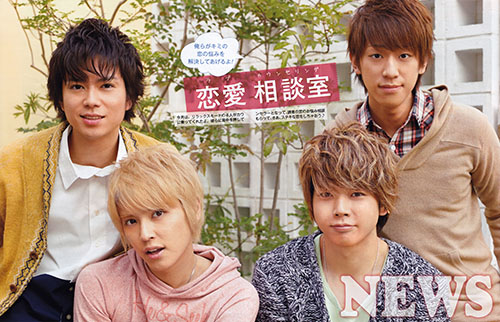 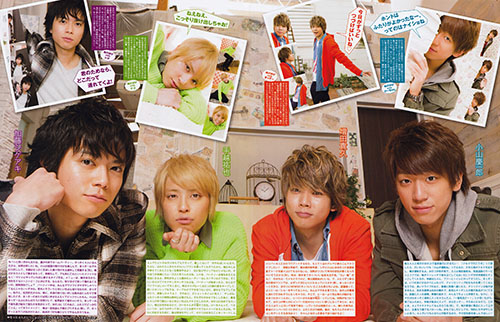